A lot of guidance has been written about how to actively involve patients and the public in clinical research, and evidence is growing about the value of this. But there’s very little that is specifically aimed at researchers who work mainly in a laboratory, with very little or no contact with people affected by the condition they are studying. 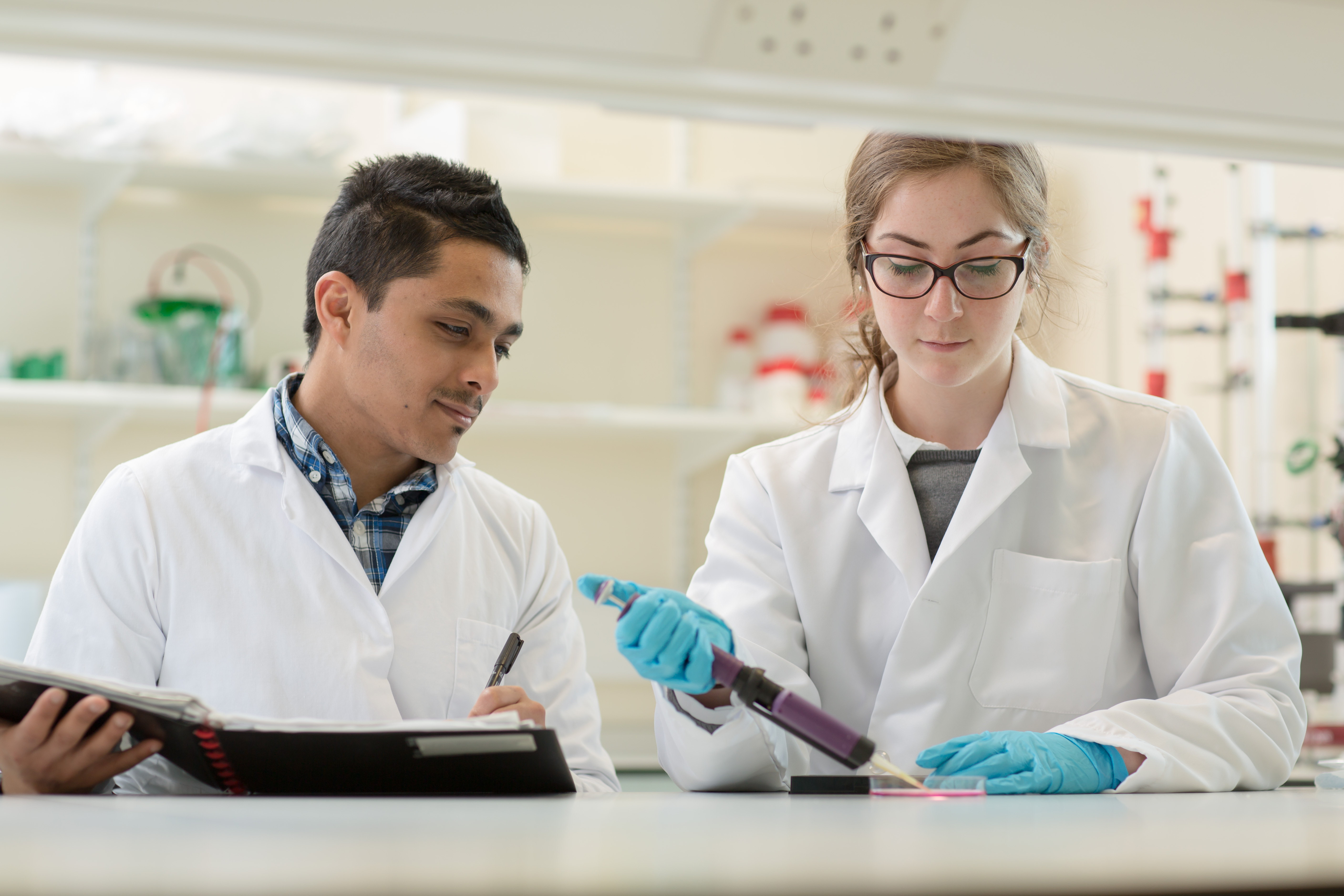 To address this gap, Parkinson’s UK, Alzheimer’s Society and University College London Hospitals NIHR Biomedical Research Centre partnered on a project to explore experiences of patient and public involvement (PPI) in lab-based research studies. The project has resulted in the development of new guidance to support lab based researchers at all stages of their careers to actively involve patients, carers and members of the public.

Reflecting on PPI in lab-based research

The project looked at six laboratory based research studies funded or supported by the three organisations. The studies ranged from a PhD to a large scale programme grant.

Before PPI activities look place, the researchers and PPI contributors involved in the activities were asked to reflect on their motivations, previous experience of PPI and any challenges or potential barriers that they anticipated. The researchers were interviewed, and were also asked to share their plans and expectations for PPI in their current study. PPI contributors completed a survey over email.

The findings showed that PPI in lab-based research can have a wide ranging impact - from helping researchers to think differently about what they are studying and motivating them in their work, to bringing hope for patients and public contributors involved and helping them feel part of a wider community.

Training and support was also shown to be vital in helping lab-based researchers involve people effectively.

You can read the full report from the project here.

In January 2020, the researchers and PPI contributors involved in the project came together with the project coordinators for a workshop to review the findings, identify key messages and develop recommendations about PPI in lab-based research. Together, the group decided that new guidance should be developed, aimed specifically at support lab-based researchers with PPI

The website - developed in partnership with the researchers and PPI contributors involved in the project - offers practical advice to help researchers plan involvement activities and feel more confident in working with patients and the public. It provides guidance on things researchers should consider before starting to involve patients and the public, step-by-step planning, running an activity, and follow-up. The site also includes case study examples and a range of useful PPI resources.

Discussing the use of animal models to understand Parkinson’s

One of the studies included in the project was led by Rachel Hughes, whose research is focused on using in vitro and animal models to understand the role of mitochondria and their therapeutic potential in Parkinson’s.

Rachel felt that both discussion groups went well. “They were led by myself and a third year PhD student, with support from Parkinson’s UK. At the first one, we gave background about our research and a brief overview of the different animal models. The second one, two months later, was a more in-depth look at animal models and then we sought people’s opinions.”

PPI helped bring Rachel closer to the people who she hopes might ultimately benefit from her research. She found this motivating. “As a researcher, you can spend hours in the lab focusing on one small part of the disease and almost forget why you’re doing it. So I think meeting people with Parkinson's and their families really helps you to remember why you’re doing it.”

The involvement may also influence the direction of Rachel’s research in future: “For this project, PPI didn’t have a massive impact, because the protocol has already been agreed. But I think it would make me consider different options further down the line. Patients told us that they would much rather see us doing work in the patients’ cells than necessarily a lot of animal work.”

The project demonstrated the importance of patient and public involvement in lab-based research, and showed that there is potential for wide ranging impact if researchers take the step to involve people at the early stages of the research process.

Communication and building relationships with PPI contributors was identified as key to effective patient and public involvement. It is vital that lab-based researchers are given the tools and support needed to develop these skills from an early stage in their careers.

In addition, PPI needs to be embedded as part of the research process for all - and not seen as only applicable for clinical research. Funders play an important role in setting expectations for PPI, and it is necessary for leading funders and institutions to incentivise and support lab-based researchers to involve patients and the public in their work.

We hope that this new guidance provides a starting point for lab-based researchers looking to involve patients and the public in their work. Parkinson’s UK, Alzheimer’s Society, UCLH BRC and other charities and PPI teams within universities also offer training and support to help lab-based researchers plan and carry out involvement activities - contact the relevant organisation or your funder to find out more.

Share your experiences of PPI in lab-based research and join the conversation on Twitter using the hashtag #Involvement_Preclinical.

With thanks to Natasha Ratcliffe, Research Involvement Manager with Parkinson's UK for providing this fascinating insight.